Gruff, the stray cat that lives in our basement, was injured in a fight. His leg was terrible damaged and very infected. The vet thought that he might have even lost the leg if it had not been treated in time.

We have never brought old Gruff to the vet before. He did not try  to kill anybody, even though he has tried to kill me. In the last few years he has calmed down quite a bit and has become pretty snuggly.

He fights with our cats and marks his territory so he can’t be allowed to wander the house. The wound is stitched and has a drain for the infection so he can’t go outside. We compromise by letting him stay in an old dog cage we bought at garage sale. Needless to say he doesn’t like it and I don’t know how we will handle his bathroom issues.

For now he sits in the box and glares at us. I think, though that he likes being in the living room with the people and the other cats. He is rather handsome. 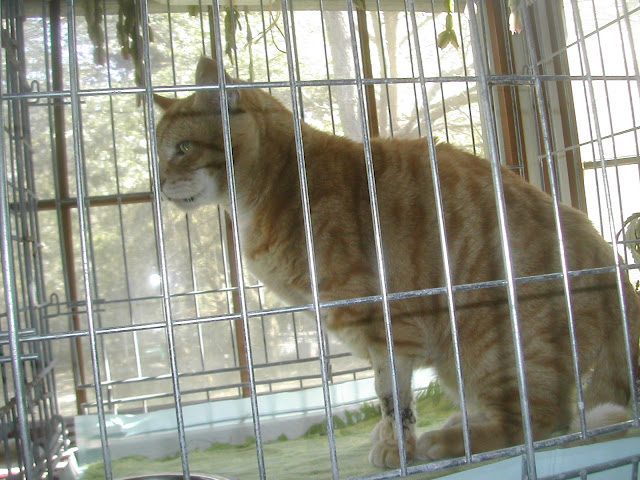