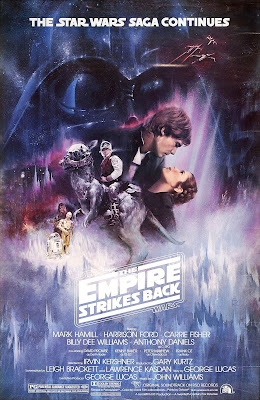 Leigh Brackett wrote some 200 Science Fiction Stories and is in my top 10 favorite writers. I prefer the bronze bra space operas of the 1940s, but she wrote some good serious stuff (the Big Sleep script – you know; Bogey and Bacall!). George Lucas liked her work, too, and gave her the project of writing the first draft of The Empire Strikes Back.

Read this review of the first script and enjoy. It seems way better than the later scripts. It’s too bad Brackett died shortly after writing this.