Der Orchideengarten (Garden of Orchids) was the worlds first High Fantasy magazine. It was published from 1919 till 1921 in Germany.Weird Tales did not start publication until 1923. The stories are supposed to be mostly forgettable, but it was full of original artwork. I found a good blog post about Der Orchideengarten with some images.

There were 51 issues and I wish I could find some. The covers would make good covers for a short story anthology. (Most of the good ones have some nudity, though) 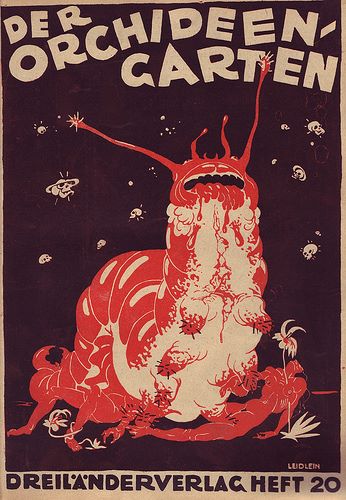