Roy, come and get this goddamn cat

Today marks the 100th anniversary of the first Air to Ground radio message.

A gray tabby named Kiddo became the first cat to cross the Atlantic Ocean by dirigible. The cat was an accidental stowaway on the dirigible. Kiddo was a total pain in the neck and made his displeasure known for being locked in a small room that moved violently in the wind. The cat scratched and yowled and made a mess everywhere.

The dirigible was the first to ever have radio equipment and the very first message from an aircraft to the ground was: Roy, come and get this goddamn cat! 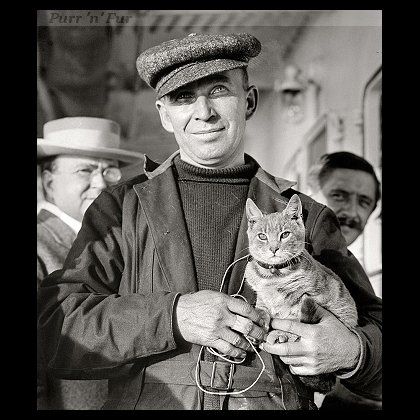