Swapping the Radio in a Ford Ranger

I bought my 2009 Ford Ranger under the Cash for Clunkers program. It was a great deal, but I had to take what the dealers had and that was a bare bones model with just a radio. I wanted to play my old Cassette tapes. I have a few thousand dollars worth of cassettes. I have bypassed CDs completely and the few I have I’ve already ripped to MP3 format and uploaded to my iPod.  The cassettes are mostly books on tape and I want to listen to them for the next ten years.

I looked for a good replacement for my radio-only audio system, but was surprised to find a  Radio/Cassette player that was pulled from a 2003 Ranger at a garage sale last Saturday. This model sells for $10 to $20 on eBay, but I was lucky enough to get it for $5.

I needed to pull the existing radio and drop in the new one. As a far as I could tell Ford Radios from 1993 up will fit in a Ford Ranger as long as they are the same “double din” format. There are four holes in the radio and Ford will sell you a tool for pulling the radio using these holes.

I decided to try making my own tool from a coat hanger. I cut the corners off a metal coat hanger and bent it so that is will fit into the holes.

You can see how I made it. The important part is that the two ends be the same depth so that they go in straight and the same distance on both sides. 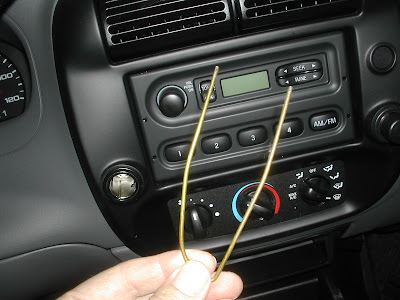 Push the two tools into the holes as far as they go. As you push in, angle the tool towards the center. This moves the tool over the tabs so they can be depressed. 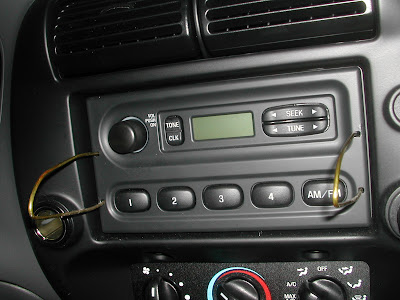 When the tools are pushed in as far as they will go, press then outward from the center and this will pull in the tabs holding the radio . If you do it right, the radio will pull out by gently pulling on the tools (still pressing them outward). 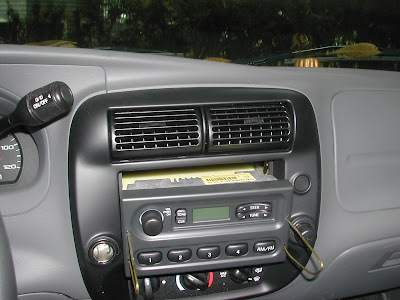 The radio should fall out practically into your lap. 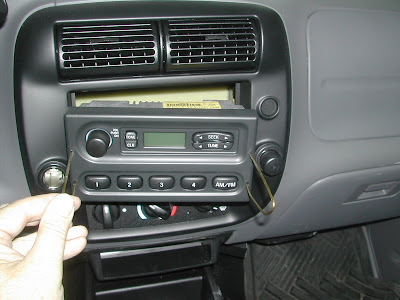 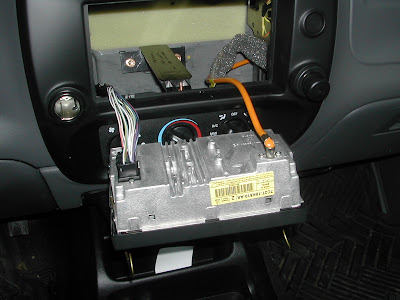 My truck had just one connector, but yours might have the super duper multiple speaker system that requires another connector. 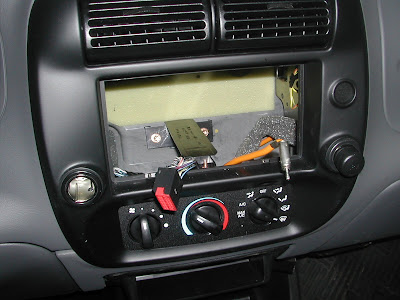 The replacement radio had another place for a second connector, but my connector fit in the smaller one. 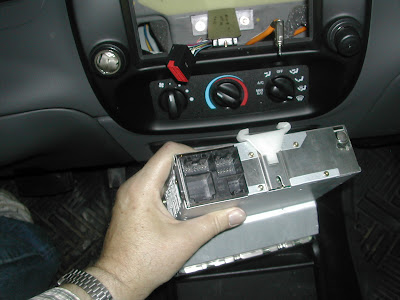 I plugged things in and it all fit. I was concerned that the new radio had a place for two plugs, but it turns out I had nothing to worry about. 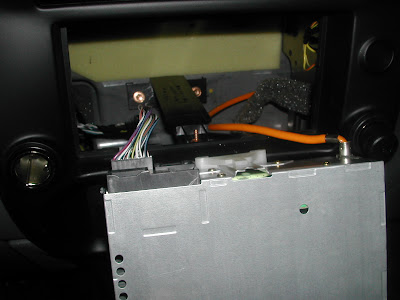 I pushed it into the dash until it snapped in place. 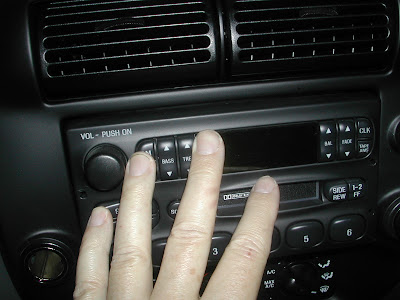 I turned it on and, Voila, it worked perfectly. 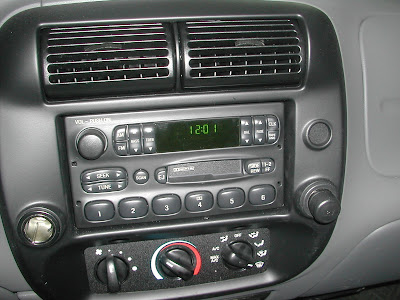 The whole thing took under three minutes. It took longer than that to find my diagonal cutters to clip the coat hanger into the right size.