A while ago I bought several odd lots from Forest J. Ackerman’s Garage Mahal. He was selling off some of his items to get a little cash. Most importantly, I got a note of thanks with his signature with everything that I bought.

Now the 4E has moved on to that great monster mash in the sky, his estate is up for sale at the Profiles in History auction site.

These are the real treasures and I can see where there are millions of dollars worth of items. One thing for sale is a First edition book Dracula signed by Bram Stoker and also signed by Bela Lugosi as well as most every actor who ever played Dracula.

I wanted to bid on the two items that were a collection of awards. One had FJA’s Hugo award from 1946 and the other has the World Fantasy Award (the H.P. Lovecraft bust). This would be the only way that I could ever get one of these. The bidding started at $300 and that’s out of my price range. 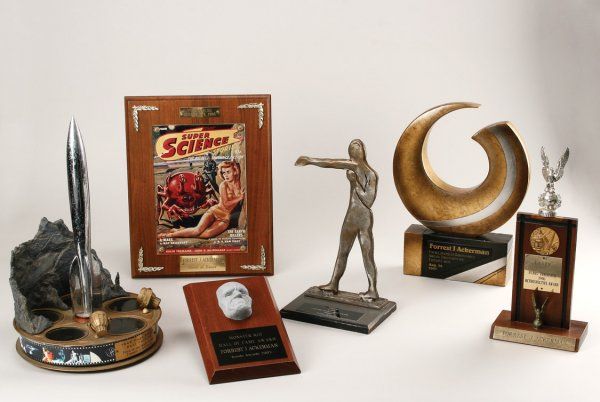 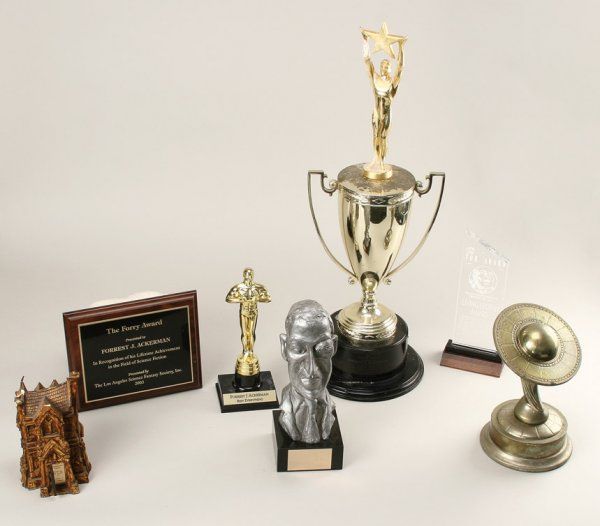 Oh well, unless I win the lotto tonight, I am not going to get these.