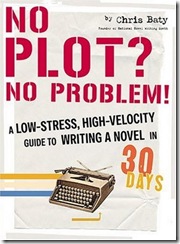 J has reached the 60,000 word level in his novel, which to my taste in reading is the perfect novel length. This is about a 1/2 inch or less book and was the normal length of a novel until books like Dune and Lord of the Rings proved that a really long book can sell as well or better than a shorter book.

The economics of publishing make one longer novel more profitable than two shorter ones. There is buyer resistance to paying for a slim book when a fat books doesn’t cost any more. Publishers have a fixed cost for a book and the number of pages doesn’t really affect the price of putting a book on the shelves. Paper, after all, is the second cheapest part of a book. The cheapest being the author.

The result, though, is long books where there are sections of the book where nothing much happens. Stephen King tells in his book, On Writing,about typing up a first draft and then editing to bring down the word count. He tightens his books up by cutting. Other authors just write and write and never cut out the boring parts because the novel needs to be 100,000 words long.

He can pump it up with air. This would mean a line by line rewrite adding descriptions, explanations and dialog to purposely slow the book down and have the same amount of action take up twice as many words. This seems to be the approach taken at the major publishing houses. Insert needless words.

A better approach would be to add additional small conflicts. A novel can be seen as many small tremors leading up to an earthquake and then a few aftershocks. One can add chapters where a conflict is presented and resolved that is separate from the main line plot. These can be failed attempts at resolution or completely separate conflicts. They are good in that they can introduce characters in an effective way and supply the needed information about the final climax naturally. You don’t want to have a character talk about his desire to end world hunger. It is better that he nearly starve to death or rescue a minor character from starvation making the plot more immediate.

Another way of increasing the word count is to add a separate plot line that eventually converges with the main plot. It can be an interesting secondary character told in alternating chapters. It could also be the story line of the antagonist. What is the villain doing while the hero is wandering around? Developing the villain as a believable and sympathetic character might make the final resolution all the more poignant. The beauty of separate chapters is that they don’t interact, and not having to rewrite other chapters make them easy to add.

The key to these last two methods is the promise of resolution. It is important not to promise too much too early. Stating the main conflict should be delayed for a while. Discovery of the problem that must be solved might not appear until well into the novel. The first chapters may be just be the setup. You have to chase the protagonist around for a while and have him struggle until he comes to grips what must be done to carry the plot to conclusion. In Drama this turning point takes place well into the second act, between an important secondary character and the protagonist and often the secondary character does not survive. (Think of Mercutio in Romeo and Juliet. When he dies, Romeo’s fate is determined and the plot is done deal, but before that the play could have ended in any number of ways.)  It could be that a novel is too short because the turning point in the plot occurs too early. Remember that Postponement of Gratification is the Foundation of Western Civilization.

I have stated this stuff based on my experience as a reader and not a writer. My own novel length attempt didn’t last more than 20k words. Those who can’t do, tell others the right way to do it.