I’ve finished reading Bradbury Books for a while. I read 11 books (I didn’t count Vintage Bradbury because it only has a couple of new stories).

Here are two books with intriguing titles published in the UK. The titles are different, but the The Silver Locusts is really Martian Chronicles and The Day it Rained Forever is The Illustrated Man without the extra story arc. 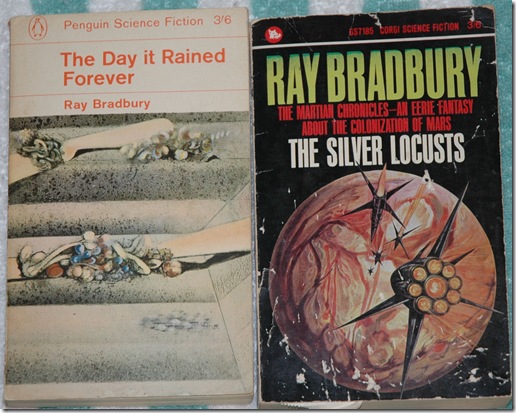 I bought The Silver Locusts in the old Werewolf Book Shop, back when I was in college and was very disappointed that I had spend a quarter for a book I already owned.

Bradbury’s stories were made into Comics, but they were so intense that they were banned. They were republished in the 60s. 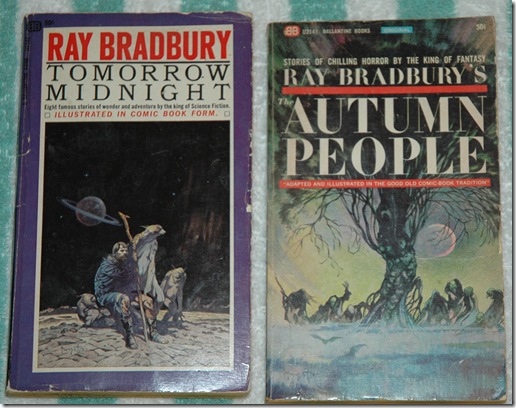 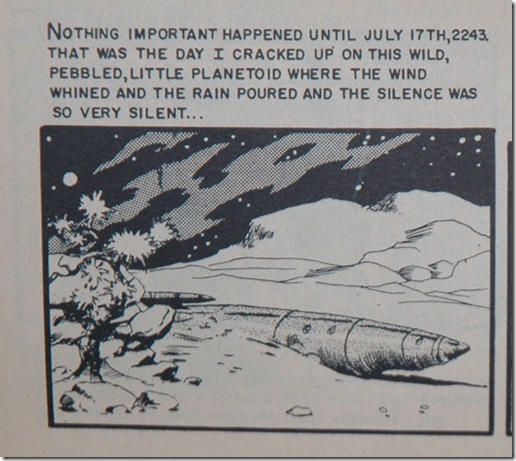 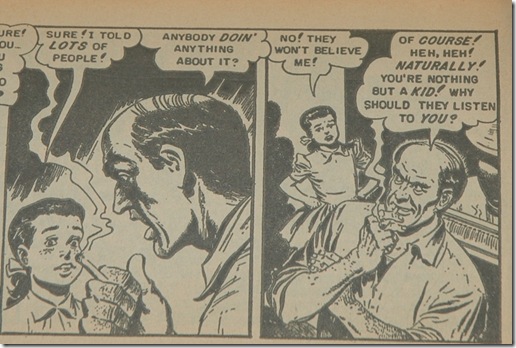 This one was a gift and it was supposed to be autographed by Bradbury. It is not Bradbury’s signature (I have several authentic signed Bradbury books). I later heard from the Washington State District Attorney and the people were convicted of fraud. 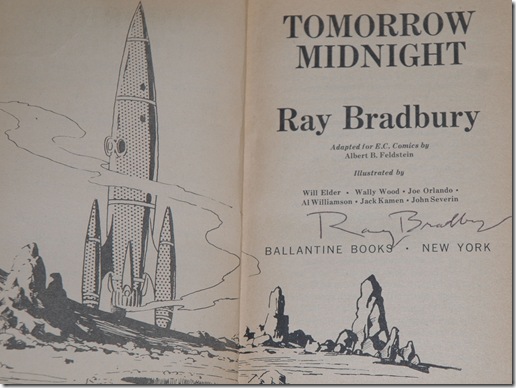